Airplane stuck in the middle of nowhere

I have airplane stuck outside my map. it says that it cant find the holding point but other planes dont have that problem. 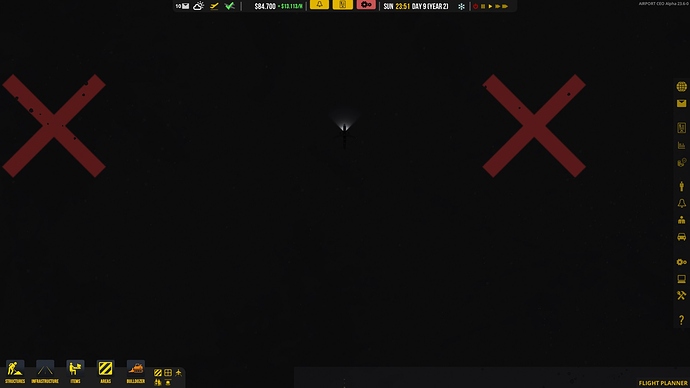 Can you check if it is just there when there is a queue count on your runway? then it is normal behavior.

Where can you see the cue count jasper

It was on the runway info display. Lets find out.

Its called “flights in pattern”. 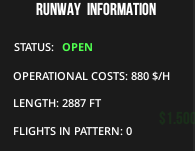 Runway is free. planes for other platforms can normally land. But this plane thinks its on the platform and other planes who want to land for that platform give message “cannot land because platform is still occupied”
load/reload/f10 doesnot work. dispatch airplane doesnot work. demolish platform is not possible because its occupied.

Oh thanks, never noticed that 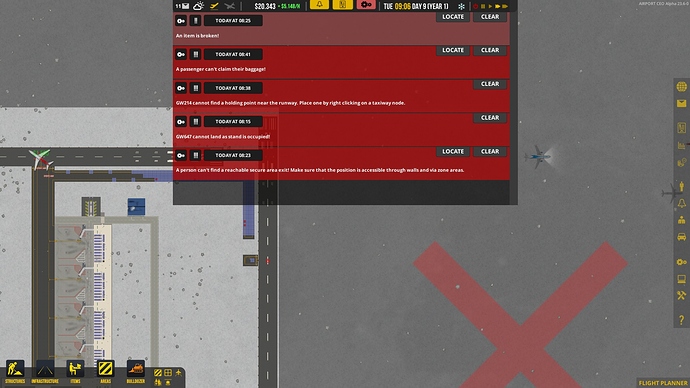 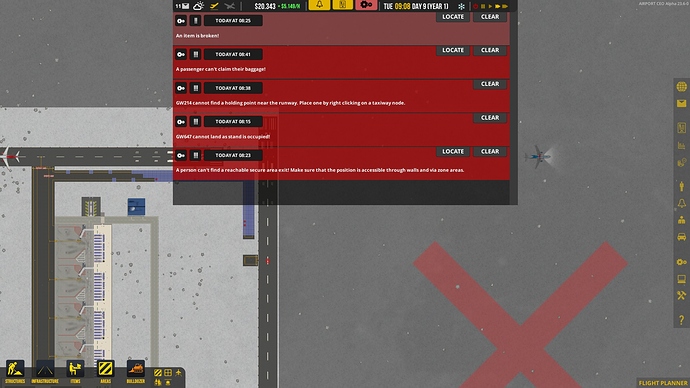 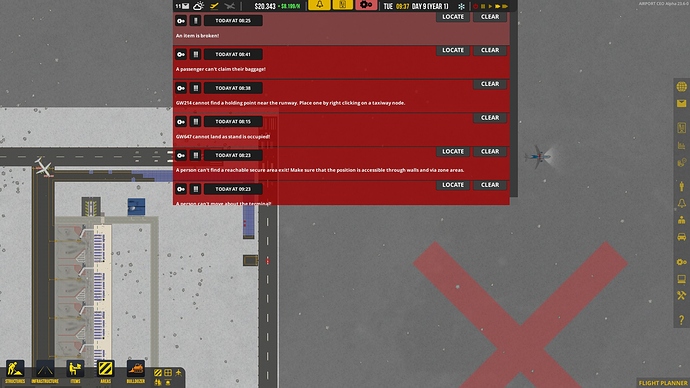 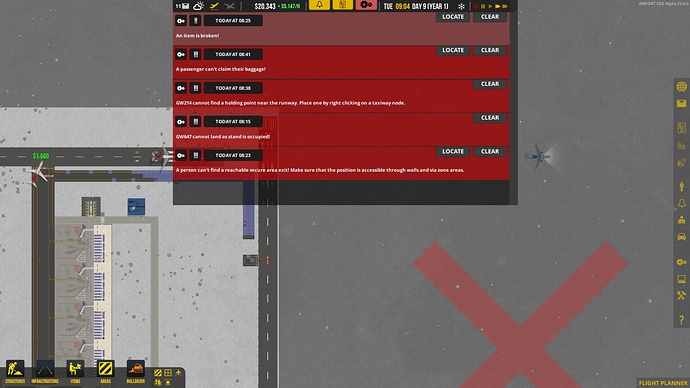 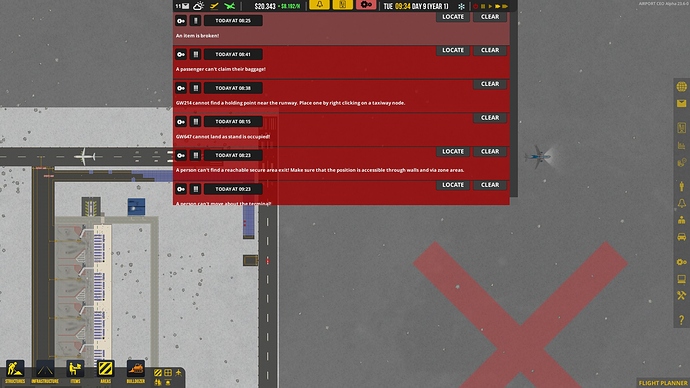 Your planes are in a holding pattern, because you have no holding point, that is why they show up where they do. They are queued for the runway.

Fix your “holding point” problem, let them all land, and when the queue goes down to zero, there will no longer be planes shown, unless your queue goes up again.

Secondary; queue count has no direct relation with your runway availabilety.